The answer to that question is I don’t know… for sure. If seeing is believing, then I ‘m no believer, because I have not seen anyone commit this act. But I can tell you this much: I’ve met many who claim to have eaten Mona Monkey before. Is it just ole talk as we Grenadians will say? Is it some kind of bragging rights? I haven’t the faintest idea.

But don’t you worry. You don’t run the risk of having a half rack of monkey ribs landing on your plate at your favorite Grenada Restaurant. To the best of my knowledge the Monkeys in Grenada are protected. And hunting them is outlawed. If this practice really do exist it most certainly is not widespread, and its done on the “down low” (in secret). 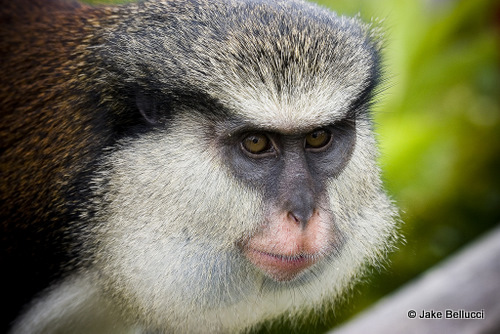 So a little background here. The monkeys found in Grenada are the Mona Monkeys. They’re not indigenous to Grenada. And it’s a little sketchy exactly when they were introduced to Grenada. Some say the Mona Monkey came to Grenada during the slave trade with West Africa, which by the way is the its original home 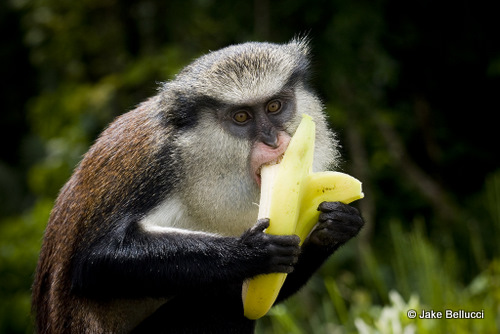 They have a brown agouti back with a white rump, a black tail and black outer-parts on the limbs. They have cheek pouches in which to carry food while they forage. The face is a blue-gray color with a dark stripe running from each eye to each ear, a white forehead and a pink muzzle. 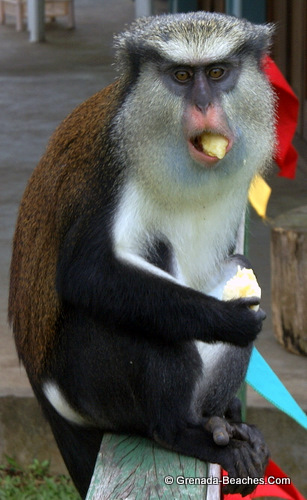 The monkeys feed mainly on fruits and plants, but are know to also eat insets. That explains why the Mona Monkeys in Grenada became so desperate and disillusioned after hurricane Ivan. Their habitat was left in total disarray, and they were forced to stray further than usual to find food. Many more Monkeys than normal were spotted in the months immediately after hurricane Ivan, and this sometimes led to confrontation with Grenadians.

When you get to Grenada your best chance of seeing a Mona Monkey will be in Grand Etang. They really are a beautiful site, and they are not shy. You will also want to guard your stuff while they are around… it’s useless trying to chase a monkey through the bushes to retrieve your prized possession.

As far as I know Grenada is one of the few countries in the western hemisphere that have Mona Monkeys. They are a national treasure for everyone to admire (NOT eat). I hope you find as much joy in the Mona as I do when ever I see one. 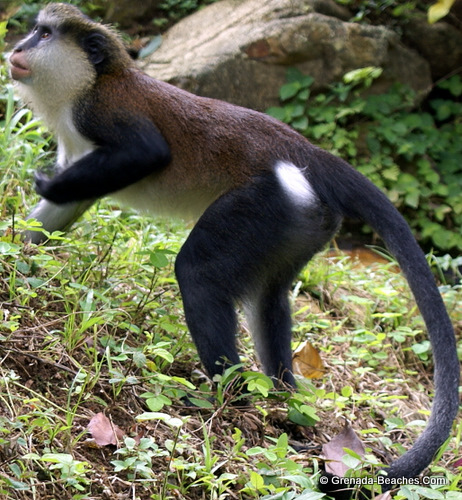 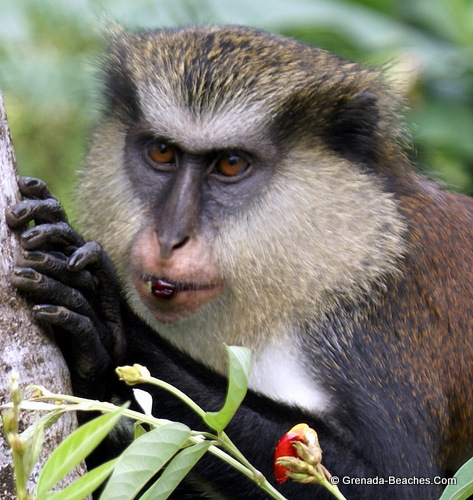 Many thanks to Jake Bellucci for graciously making his images (the first 3) available to this post.