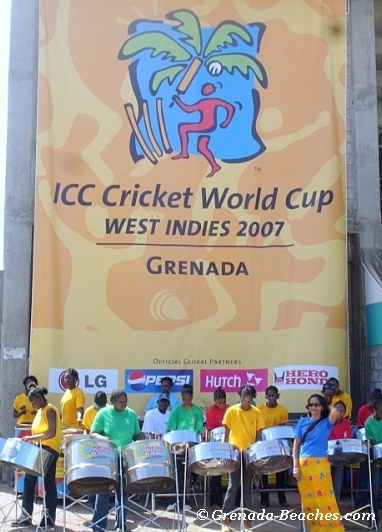 The ICC 2007 World Cup Cricket Grenada segment has come and gone, but for those of us who were there the memories live on.

ICC Cricket World Cup West Indies 2007 as it was officially called was the biggest sporting event ever hosted in the Caribbean. And Millions of dollars went into the preparation. By far the greatest expenditure for each island was the building of a new Cricket Stadium. Grenada was no exception.

The Grenada National Stadium was built specifically with the Cricket World Cup 2007 in mind. But for Grenada, the West Indies and the rest of the world successfully completion of the Grenada National Stadium and hosting the World Cup Cricket games ran deeper. It was a symbol of resolve in the face to two back to back hurricanes that devastated the island two years earlier.

I think anyone who visited Grenada for the World Cup Cricket never imagined that only two years earlier this beautiful island laid in ruins. To rebuild from scratch a new and more impressive National Stadium and to host an event the magnitude of the Cricket World Cup, in the face of utter destruction and chaos from hurricanes is nothing short of spectacular. And Grenada could not be more proud.

And for me the little boy who grew up only a stone throw from the site of the Grenada National Stadium watching the transformation from a rinky-dink Queens Park cricket ground to a state of the art National Stadium especially with the hurricane disasters in the mix gave me much to celebrate. And celebrate I did.

Here are some additional highlights as I saw them over the 2 weeks I spent at the Grenada World Cup Cricket Super 8 round.

Grenada was one of the most exciting and action packed venues of the Cricket World Cup 2007. Other than the known fact that we Grenadians know how to party, a couple other unexpected variables set this up.

So it’s fair to say that Cricket World Cup 2007 was off to gloomy start. But by the time the action got to Grenada in the Super 8 round, restrictions were relaxed, the Woolmer murder was background noise, and fans got over the absence of India and Pakistan. The Stage was set for fun, rum, sun and oh yeah Cricket lovely Cricket. Take a look at the Party Stand Action to see what I mean.

You didn’t need to read a romance novel, or go watch a Hollywood blockbuster to get your heart broken. You only needed to watch the West Indies World Cup cricket team. That is of of course if you are a Windies cricket fan.

West Indies had already lost all it’s matches in the Super 8 round and a lost to South Africa in Grenada meant certain elimination, and no chance to lift the World Cup. Confidence was at an all time low. But not mines. 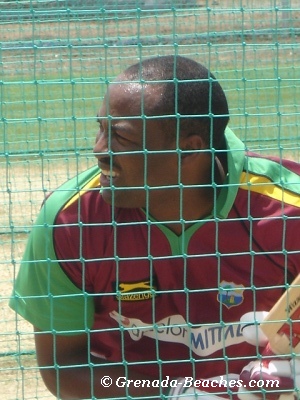 I arrived in Grenada very hopeful, and full of excitement. This was going to be the turning point, I’m sure of it! Lara and the boys will make a stand, defeat South Africa, and the momentum will take us all the way. Little did I now the stand or lack of it was going to be Lara’s Last Stand.

The lost to South Africa was the final blow to West Indies cricket in my book. Mind you, Windies cricket has been on a slippery slope for a long time but know now after watching their pathetic performance that we have passed the point of no return.

It’s not because West Indies lost the World Cup that it was a heart breaker, it was how they lost. There was no fight, no spirit, no love, no effort, no pride. They went down like a lamb to the slaughter.

What’s wrong with West Indies Cricket you ask? All I can tell you is that those who should know the answer to that question clearly don’t. But something stinks in the Windies camp, you can smell it a mile away. And it’s not just the stench of defeat and failure, it’s much more sinister. One thing is clear, the Windies house needs to be cleaned from top to bottom and it needs to be cleaned NOW if the future of West Indies Cricket is to survive.

___! ___! ___! Thank You. Everything that is wrong with West Indies Cricket is in tip top shape with Australia Cricket: fighting spirit, love and passion, endless pride, and an impeccable work ethic. This Ricky Pointing Australia Cricket Team have it all. 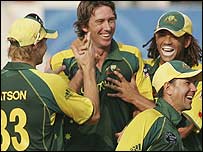 Kudos to you guys on a superb job. The athleticism and professionalism you bring to the sport make me proud to say that I am a cricket fan. Keep pushing the envelope, a rising tide lifts all ships. Although the West Indies ship is not even in the water at the moment.

To all you Aussies that were at the Grenada World Cup Cricket leg I know you had a blast and you certainly rocked this spice island. Do come again.

All in all Cricket World Cup Grenada was a blast, easily one of the best vacations I’ve ever had anywhere, and certainly the most thrilling sporting event I ever attended. I can’t wait to hook up with all you guys at another event in Grenada. Keep Rocking!!!