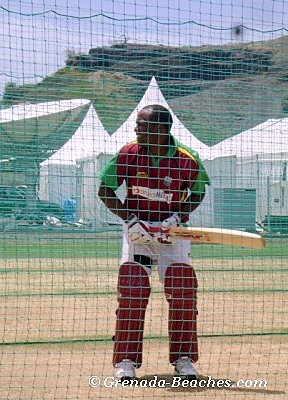 Brian Lara is gone but the excitement he gave us lives on. In the sense of a tournament the Cricket World Cup 2007 was Lara’s last stand. His last stand as captain of West Indies and his last stand as the great cricketer he is. But here is a question: did Lara know this was how it was going to end?

Of course he didn’t, at least not before the Cricket World Cup begun. But certainly somewhere in the Super 8 round of the World Cup, with pressure mounting and West Indies pinned against the ropes, I think the future came racing towards Lara plain as daylight.

And the somewhere was right before Lara encounter with South Africa in Grenada. It must have occurred to him crystal clear that this could very well be his last stand. That if he does not pull off a win in Grenada that it was all over. All over not just for West Indies, but for his captaincy and his career.

I was in Grenada for that faithful stand. I also saw Brian Lara and West Indies in the Nets at the Grenada National Stadium the day before that match. As you will see it was a joy to watch him practice, but you also clearly saw in his face the load he was bearing.

Well we all know how things turned out. Like Custer’s last stand at the battle of Little Bighorn against the Indians, Brian Lara made his Last Stand at the Grenada National Stadium against the South Africans. And like Custer and his men who were annihilated, Lara and his men were similarly annihilated by AB de Villiers and his South African teammates.

I only wished Brian Lara got to leave on his terms. The plan all along was to retire from One Day Internationals and continue to play Test Cricket. Nothing would have pleased Lara’s fans more than to see him lift the Cricket World Cup above his head. It would have been a fitting crown to a true Cricketing King.

When the history books are written about the Lara era of West Indies Cricket one phrase will sum it up: “Controversy mixed with Excitement“. Maybe the demise of West Indies cricket started, or at least accelerated under Lara’s watch. Maybe he was the cause, or maybe it was all coincidental. I’ll let the pundits fight it out.

But one thing is for sure: Lara is King with the Bat. He marveled and excited millions, and his contribution to the Cricket World is beyond measure. And for that we will always love him. Farewell oh Great One, your excitement Lives On.

Here are photos of both South Africa and West Indies in warm up session the day before the match.

Here are photos the day of the match. A day Brian Lara no doubt will always wish turned out differently.

Here are the fans throughout the day. The West Indian fun and frolic in the Party and Posse Stands could did not last as Brian Lara and his men felt the weight of South Africa.